Our website is being upgraded and may show errors while we work. Please check back in a few hours.
Children And Armed Conflict
By H. E. Archbishop Bernardito AuzaApostolic Nuncio and Permanent Observer of the Holy See to the United Nations

I would like to thank the Polish Presidency for convening today’s Open Debate on Children and Armed Conflict.

The theme of our discussion today should cause us to stop and reflect: the juxtaposition of children and armed conflict is deeply incongruous, yet as we are hearing once more in this Chamber, it is the sad reality for so many boys and girls in our world whose young lives are interrupted tragically by violent conflict. Children who should be free to learn and to play, as they grow in knowledge of themselves and of the world around them, are instead the victims of grave violations that not only rob them of the unique and irreplaceable joys of childhood, but also run the risk of causing long-term physical, emotional, psychological and social damage, with its obvious impacts on their family and wider community.

As the latest report of the Secretary General dramatically shows, “In times of armed conflict, throughout the world, millions of people, children foremost among them, have inadequate access to or have been denied assistance that is essential for their survival and wellbeing”1. One only has to consider the scramble for minerals and other precious resources in parts of Africa, where so many children and young people give up their education to work in mines. It is worse still when children are forced to fight in wars not of their making, or recruited under the guise of being able to provide for their impoverished families. There is a need to examine the root causes of this situation; particularly how socio-economic disadvantages and lack of prospects too often make armed conflict an alternative for our young people. It is also deeply worrying that in some cases radicalization and extremist ideologies have motivated the decision of young people to embrace nefarious causes and thus become themselves the cause of destruction and despair in the lives of so many others. Education to peace in the family and in schools and the crucial role of women as “teachers of peace” are indispensable to confront these root causes.

Long and protracted conflicts, often fought in urban settings, mean that schools, medical centers and shelters often come under fire, leading to the partial or complete destruction of buildings essential for the health, instruction and well-being of children. Such indiscriminate or disproportionate attacks are in contravention of international law and international humanitarian law and must stop. In this regard, Pope Francis has recently expressed his deep concern for the lives of children caught up in bombings in the Idlib province in Syria.

The Holy See takes note of the evolution of UN Peacekeeping Operations to include provision for child protection and outreach to armed groups, to inform and educate the wider population and create a culture of peace. There are also new initiatives manifesting the will of Member States to end and prevent the grave violations committed against children affected by armed conflict. It is particularly encouraging that such initiatives include working towards the universal ratification and implementation of the Optional Protocol to the Convention on the Rights of the Child on the involvement of children in armed conflict.

This Open Debate must contribute to awakening the collective conscience of the international community to ensure that these often “invisible children” are not forgotten, that increased efforts be made for the release of child soldiers, and that the young victims of other grave violations are given the support they need for reintegration. Such support must include the most vulnerable, including those children conceived and brought into the world as a result of conflict-related sexual violence. Children in those circumstances have no less dignity and similarly must be protected from violence and death.

Thank you for your kind attention. 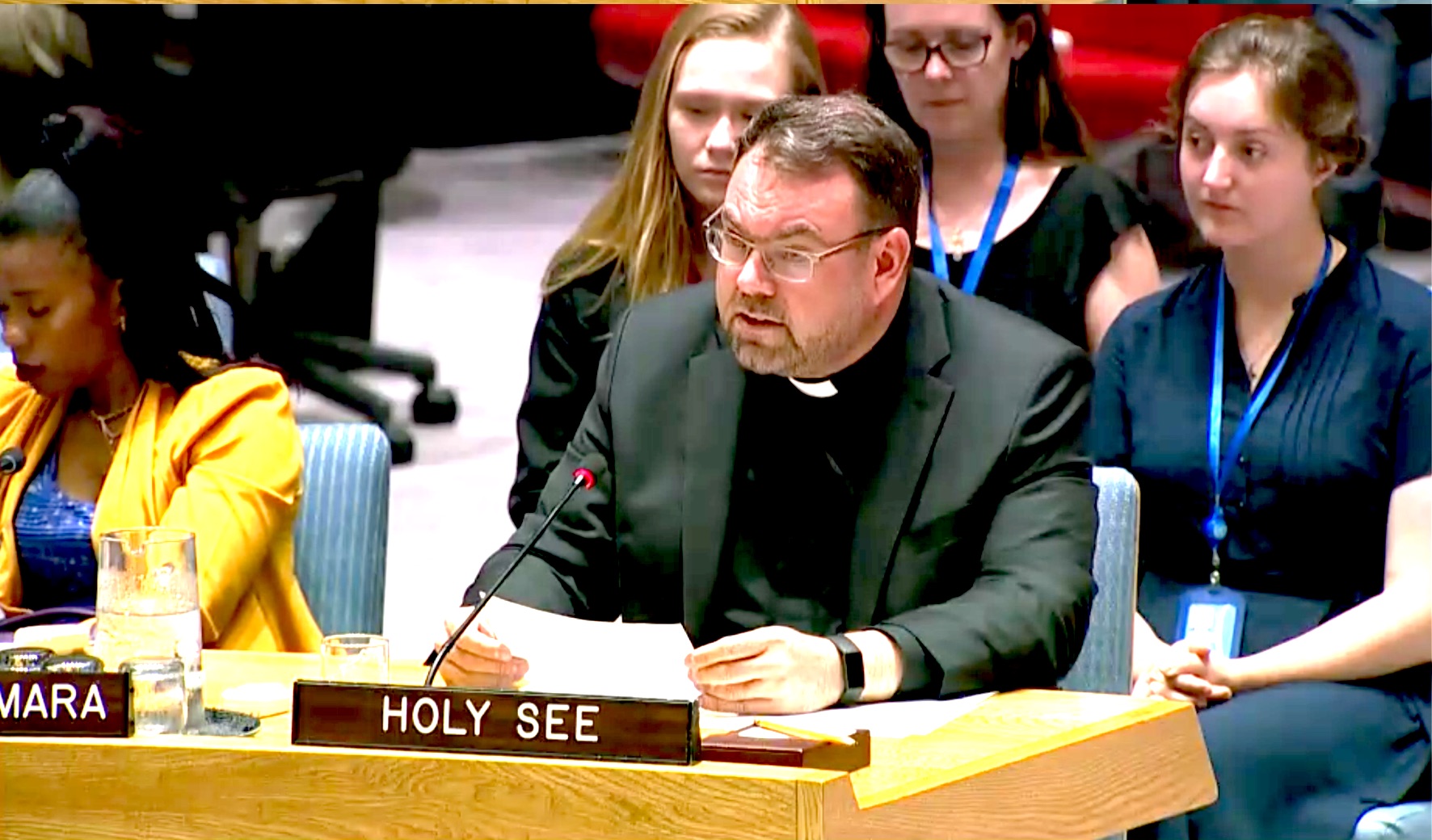