Our website is being upgraded and may show errors while we work. Please check back in a few hours.
Video Message of His Holiness Pope Francis For the Climate Action Summit 2019
By H. E. Archbishop Bernardito AuzaApostolic Nuncio and Permanent Observer of the Holy See to the United Nations 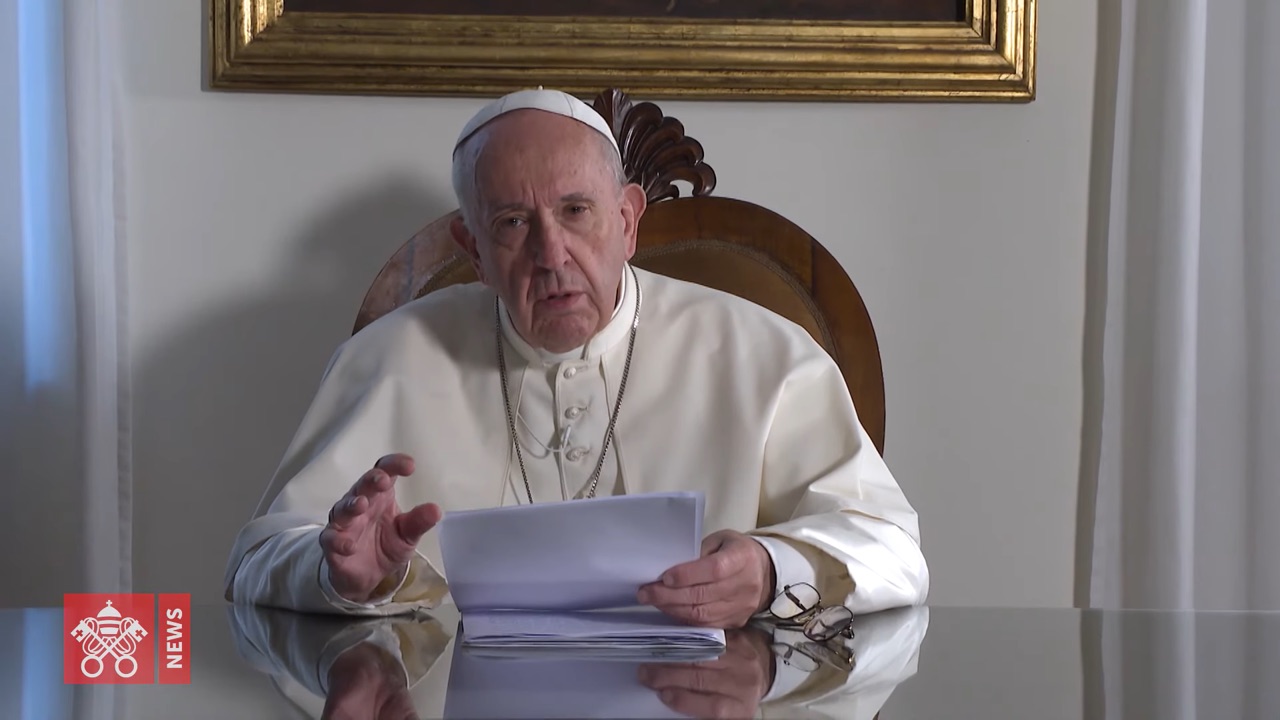 I would like to thank the United Nations Secretary-General, Mr António Guterres, for convening this meeting and for drawing the attention of Heads of State and Government - and of the entire international community and world public opinion - to one of the most serious and worrying phenomena of our time: climate change.

This is one of the principal challenges we have to face. To do so, humanity is called to cultivate three great moral qualities: honesty, responsibility and courage.

With the Paris Agreement of 12 December 2015, the international community became aware of the urgency and need for a collective response to help build our common home. However, four years after that historic Agreement, we can see that the commitments made by States are still very "weak", and are far from achieving the objectives set.

Along with so many initiatives, not only by governments but by civil society as a whole, it is necessary to ask whether there is a real political will to allocate greater human, financial and technological resources to mitigate the negative effects of climate change and to help the poorest and most vulnerable populations, who suffer the most.

While the situation is not good and the planet is suffering, the window of opportunity is still open. We are still in time. Let us not let it close. Let us open it with our determination to cultivate integral human development, to ensure a better life for future generations. It is their future, not ours. “Although the post-industrial period may well be remembered as one of the most irresponsible in history, nonetheless there is reason to hope that humanity at the dawn of the twenty-first century will be remembered for having generously shouldered its grave responsibilities." (Laudato si', 165).

With honesty, responsibility and courage we have to put our intelligence "at the service of another type of progress, one which is healthier, more human, more social, more integral" (Laudato si', 112), capable of placing economy at the service of the human person, building peace and protecting the environment.

The problem of climate change is related to issues of ethics, equity and social justice. The current situation of environmental degradation is connected with the human, ethical and social degradation that we experience every day. And this forces us to think about the meaning of our models of consumption and production, and the processes of education and awareness, to make them consistent with human dignity. We are facing a "challenge of civilization" in favor of the common good. And this is clear, just as it is clear that we have a multiplicity of solutions that are within everyone's reach, if we adopt on a personal and social level a lifestyle that embodies honesty, courage and responsibility.

I would like these three key words - honesty, courage and responsibility - to be at the heart of your work today and tomorrow. May they accompany you together with my best wishes and with my prayer.

Thank you very much.