Our website is being upgraded and may show errors while we work. Please check back in a few hours.
Elimination of Racism, Racial Discrimination, Xenophobia, and Related Intolerance
By H. E. Archbishop Gabriele Giordano CacciaApostolic Nuncio and Permanent Observer of the Holy See to the United Nations

“We live in times in which feelings that to many had seemed to be outdated appear to be reemerging and spreading. Feelings of suspicion, fear, contempt, and even hatred towards other individuals or groups judged to be different on the basis of their ethnicity, nationality, or religion, and as such, believed not to be sufficiently worthy to participate fully in the life of society. These feelings, then, too often inspire real acts of intolerance, discrimination, or exclusion that seriously harm the dignity of those involved as well as their fundamental rights, including the very right to life and to physical and moral integrity.”[1]

Racism hinges upon the distorted belief that one person is superior to another, standing in stark contrast with the fundamental principle that “all human beings are born free and equal in dignity and rights.”[2] Regrettably, all too often, that affirmation is accepted only in word and not in practice. As a result, racism and the discrimination to which it gives rise, continue to scar society.

Racism categorizes people in a way that fails to recognize their full dignity by emphasizing only one characteristic at the expense of all the others. Overt racism is easily identified and rightly condemned. Racial prejudice, however, often takes subtler forms including in policies, practices, and attitudes in the labor market, and in the education and criminal justice systems.

It is crucial for the international community to be aware that at the core of racism lies a reductive conception of the human person. Such a flawed understanding often stems from prejudice imparted through an inadequate education, which fails to underscore the value of every person as a member of the one human family. Responses to racism must, therefore, take as their point of departure a renewed commitment to quality education, which will enable every human being to realize his or her full potential and to pursue the common good.

As Pope Francis aptly affirms, “The seriousness of these phenomena cannot leave us indifferent. We are all called, in our respective roles, to nurture and promote respect for the inherent dignity of every human person beginning with the family — the place in which we learn from a very tender age the values of sharing, welcoming, brotherhood, and solidarity — but also in the various social contexts we engage in.”[3]

In today’s world, where more people than ever before are on the move, the Holy See consistently calls attention to the plight of migrants, refugees, and their families, recalling their inalienable dignity, and recognizing that “increased human mobility demands more than ever an openness to others.”[4] Alas, migrants, especially those who come from a different cultural background, “continue to be the subject of racist and xenophobic attitudes.”[5] Increased vigilance is needed in the face of such attitudes, which only cause more suffering and anguish among those men, women, and children who have left their homes in search of peace, prosperity and security.

The International Convention on the Elimination of All Forms of Racial Discrimination clearly states that “any doctrine of superiority based on the difference between races is scientifically false, morally condemnable and socially unjust and dangerous.” And yet, racism still exists and continually reappears in different forms and at different levels. As Pope Francis clearly stated, “racism is a virus that quickly mutates and, instead of disappearing, goes into hiding, and lurks in waiting.”[6] Racism is a radical evil, which denies human dignity, divides the human family, and hampers the establishment of a just and equal society. The struggle against it demands an awareness that is not only rooted in the truth and human dignity, but also in the family, the primary educator in human values, and cultivated at school and in society.

[1] Pope Francis, Address to participants at the world conference on “Xenophobia, racism and populist nationalism in the context of global migration”, 20 September 2018.

[3] Pope Francis, Address to participants at the world conference on “Xenophobia, racism and populist nationalism in the context of global migration”, 20 September 2018.

[4] The Church and Racism, Contribution of the Holy See to the World Conference against Racism, Racial Discrimination, Xenophobia and Related Intolerance, Vatican City 2001, p.21 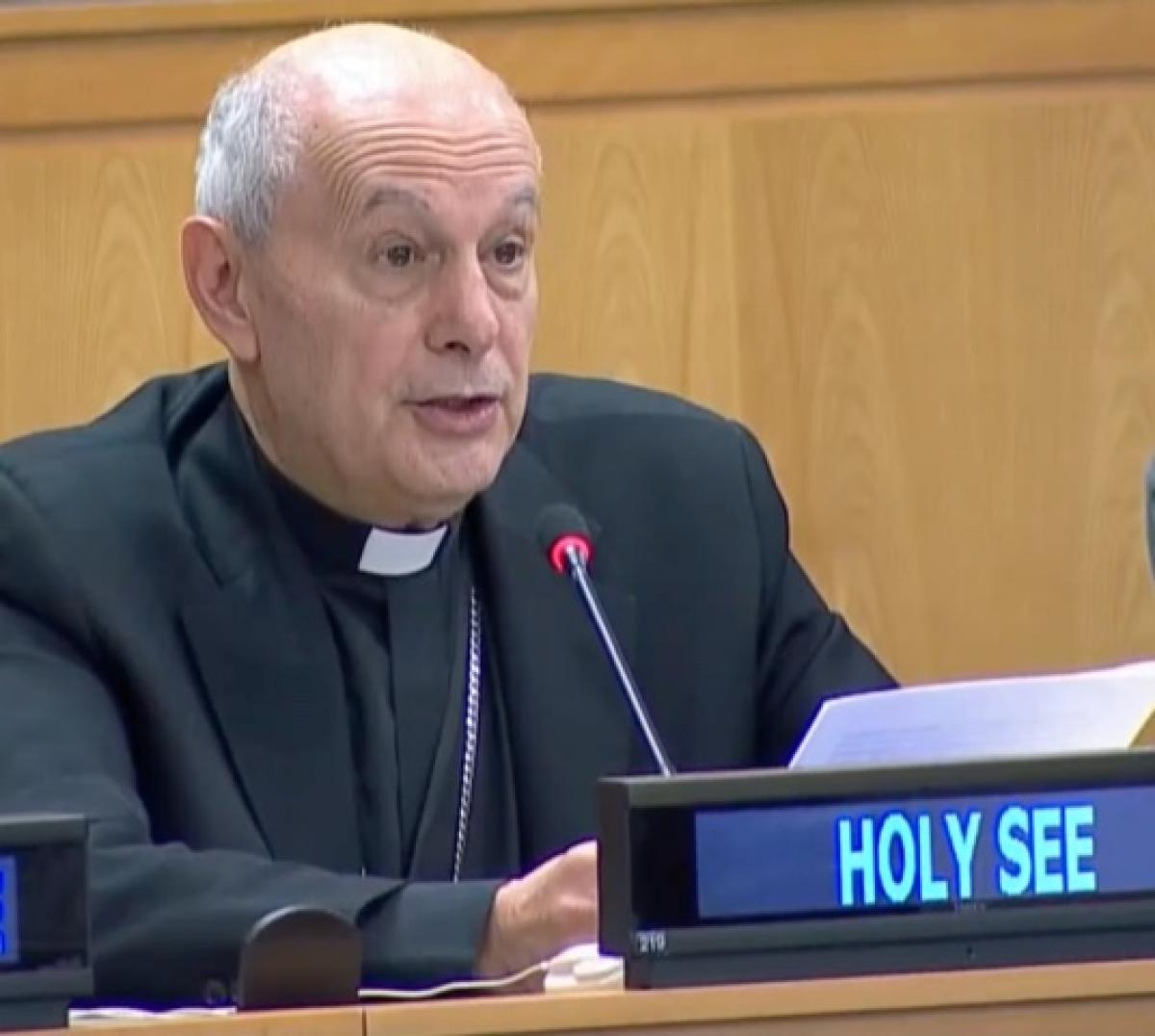