Our website is being upgraded and may show errors while we work. Please check back in a few hours.
International Cooperation in the Peaceful Uses of Outer Space
By H. E. Archbishop Gabriele Giordano CacciaApostolic Nuncio and Permanent Observer of the Holy See to the United Nations

The Holy See, since the dawn of the space age, has held that “the enormous progress in space technology […] should be put to the service of peace and the common welfare of mankind.”[1] Indeed, with the exploration and utilization of outer space it can be said that human life is acquiring a kind of new dimension; the horizons of our common home are steadily expanding. All this must be used to improve the peaceful relations among States, especially through sincere cooperation,[2] also in managing this shared environment, while ensuring that the benefits of new technology flow to all.

It is worrisome that the region of outer space closest to Earth is becoming increasingly crowded with satellites and debris. This crowding invites competition to secure the limited number of preferential orbits and threatens the sustainability of existing peaceful uses. Managing competing interests in such a “global commons” calls for agreement on “systems of governance”[3] and “institutional arrangements”[4] that promote the common good and protect against abuse. With this in mind, please allow me to offer a few considerations.

First, the future sustainability of space activity requires all States to cooperate on limiting the creation of new space debris and in removing existing debris. The growing use of reusable space launch systems is a welcome trend. As much as possible, future use of spacecraft and satellites should include “a circular model of production”[5] that limits the use of non-reusable components and accounts for the entire life cycle of the system. At the end of the life cycle, defunct spacecraft should fall out of orbit, so as to limit the risk of collisions and free up orbital slots for future use. Without the adoption of such practices, the exponential increases in the number of satellites launched into orbit every year will eventually prove unsustainable.

Second, it is important to balance commercial interests with those of scientific inquiry. Expanding constellations of satellites provide benefits to many, yet also make it difficult for astronomers to observe distant stars and planets without interference.

Another concern for the Holy See is the intent to establish operations on asteroids and the Moon to extract rare elements. Before any operations of this kind, an international system of regulation should be set up to prevent a rush on these resources. In particular, it must be ensured that the approach toward these celestial bodies is not from the view of ruthless exploitation but in full recognition of their inherent value, which goes beyond their utility. In this regard, it may be wise to preserve areas of particular astrogeological significance, protecting them from changes due to human intervention.

Third, outer space constitutes a common good. This means that the benefits of the peaceful use of outer space should flow to all States, regardless of their level of development. To that end, collaborative efforts should be made to investigate how outer space can contribute to achieving the Sustainable Development Goals (SDGs), including through environmental monitoring, disaster risk warning, verification of arms control agreements and support of global health. Spacefaring States should contribute to capacity-building efforts in non-spacefaring States to allow them to gain access to space-derived data. Additionally, it may be wise to reconsider the allocation of orbital slots from the current first-come, first-served basis in favor of a more equitable distribution that provides latecomers with the opportunity to help create space-based infrastructure.

The Committee on the Peaceful Uses of Outer Space (COPUOS) offers a forum for States to find agreement on how to manage space activities. As our reliance on this global commons increases, it remains ever important that such governance promote peaceful uses of outer space in a manner that advances humankind, justice and peace.[6]

[1] Pope Paul VI, Message to the Conference on the Peaceful Use of Outer Space, 6 August 1968.

[4] Pope Paul VI, Message to the Conference on the Peaceful Use of Outer Space, 6 August 1968. 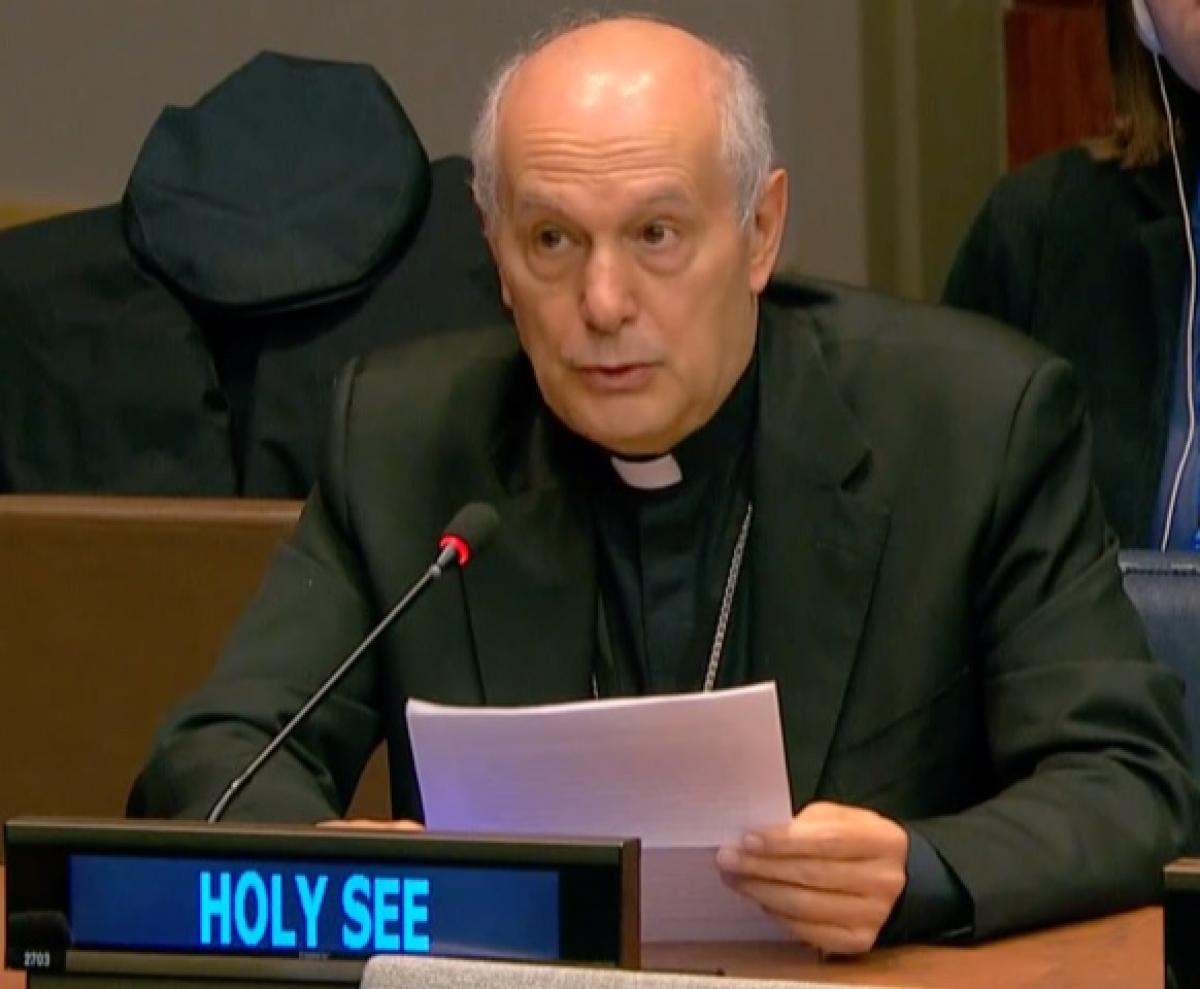