Our website is being upgraded and may show errors while we work. Please check back in a few hours.
Archbishop Caccia Speaks on the Report of the International Law Commission on the Work of its Seventy-Third Session (Cluster I)
By H. E. Archbishop Gabriele CacciaApostolic Nuncio and Permanent Observer of the Holy See to the United Nations

UNGA 77 – Sixth Committee
Agenda item 77: Report of the International Law Commission
on the work of its seventy-third session (Cluster I)
New York, 27 October 2022

The Holy See commends the International Law Commission for the extensive work undertaken during its seventy-third session to advance “the progressive development of international law and its codification.”[1] My Delegation also thanks the Commission for this year’s report.

The Holy See was an early supporter of the development of the concept of ius cogens. In 1968, at the United Nations Conference on the Law of Treaties, our delegation supported the adoption of this concept since it could serve to transpose into positive law some of the universal dictates arising from Natural Law. At the same time, our delegation noted the urgent need to develop some rules of interpretation, to assist States in delineating the specific content of the peremptory norms of International Law, even without enumerating them one by one.[2]

Consequently, my delegation cannot but support the Commission’s recent efforts to develop some guidance on the proper methodology for the identification of the peremptory norms of general international law and for determining their legal consequences. We note, at the same time, that the Commission’s conclusions are, in essence, secondary norms of international law and that they do not provide any guidance on the specific content of the ius cogens norms.[3]

As noted by the Commission, the concept of ius cogens presupposes and reflects an international community founded on common values; that is, an international public order based, not on raw power, but rather on moral values shared by all in light of our common human nature. Unfortunately, transposing such high aspirations into positive law, while relying on the positivist methodology that characterizes the modern science of public international law, presents an intrinsic contradiction. How is it possible to harmonize Conclusion 2, which defines the nature of the norms of ius cogens by referring to fundamental values, with Conclusions 7 and 8, which require an empirical examination of actual State practice to identify the specific content of the peremptory norms?  Similarly, how is it possible to affirm that ius cogens reflects the values of the international community as a whole, while introducing, in Conclusion 7§2, a majority rule?

While my delegation supports the general trust of the ILC’s conclusions, we believe that the majority rule contained in Conclusion 7 requires further consideration. In fact, who is to define what a “very large” majority of States is? Who is to decide that such a majority of States is “representative”? Why should the views of a persistent objector be disregarded? Unfortunately, such an approach may give rise to abuses. If a self-proclaimed majority of States were to be able to enact new ius cogens norms by ignoring the views of the minority, the current structure of the international community, based on the sovereign equality of States, would be called into question.

The concept of ius cogens is useful only insofar as it is reserved to those essential principles and rules that are truly shared among all States.  If that concept was instead to be deployed as an instrument of political argumentation to ostracize opposing views, it would lose its value.

My delegation also thanks the Commission for its work on the question of the protection of the environment in relation to armed conflicts.

The Commission’s work has rightly brought to light the fact that current International Humanitarian law addresses only marginally the question of the protection of the environment during armed conflicts. That should not come as a surprise. Faced with the harsh reality of armed conflict, addressing the urgent humanitarian needs of civilians, displaced persons, and those not taking active part in the hostilities, including combatants hors de combat, must always take precedence over the diffuse interest of protecting the environment.

In that context, the formulation of some draft principles should perhaps have given greater emphasis to the humanitarian, humanistic aspect of the Laws of War. Take, for instance, the text of draft principle 8, on Human displacement. Undoubtedly, refugees and displaced persons may cause environmental stress to the areas where they are located or that they transit. However, environmental considerations should not prevent, discourage or delay in any way the provision of relief and emergency assistance to those persons in need.

Although the 27 Draft Principles are not a restatement of current customary international law,[4] we believe that they could still serve as a useful basis for further reflection by States and thus assist both in the development of State practice and specific codification efforts. Hence, my delegation supports the Commission’s proposal that the text be brought to the attention of all States. 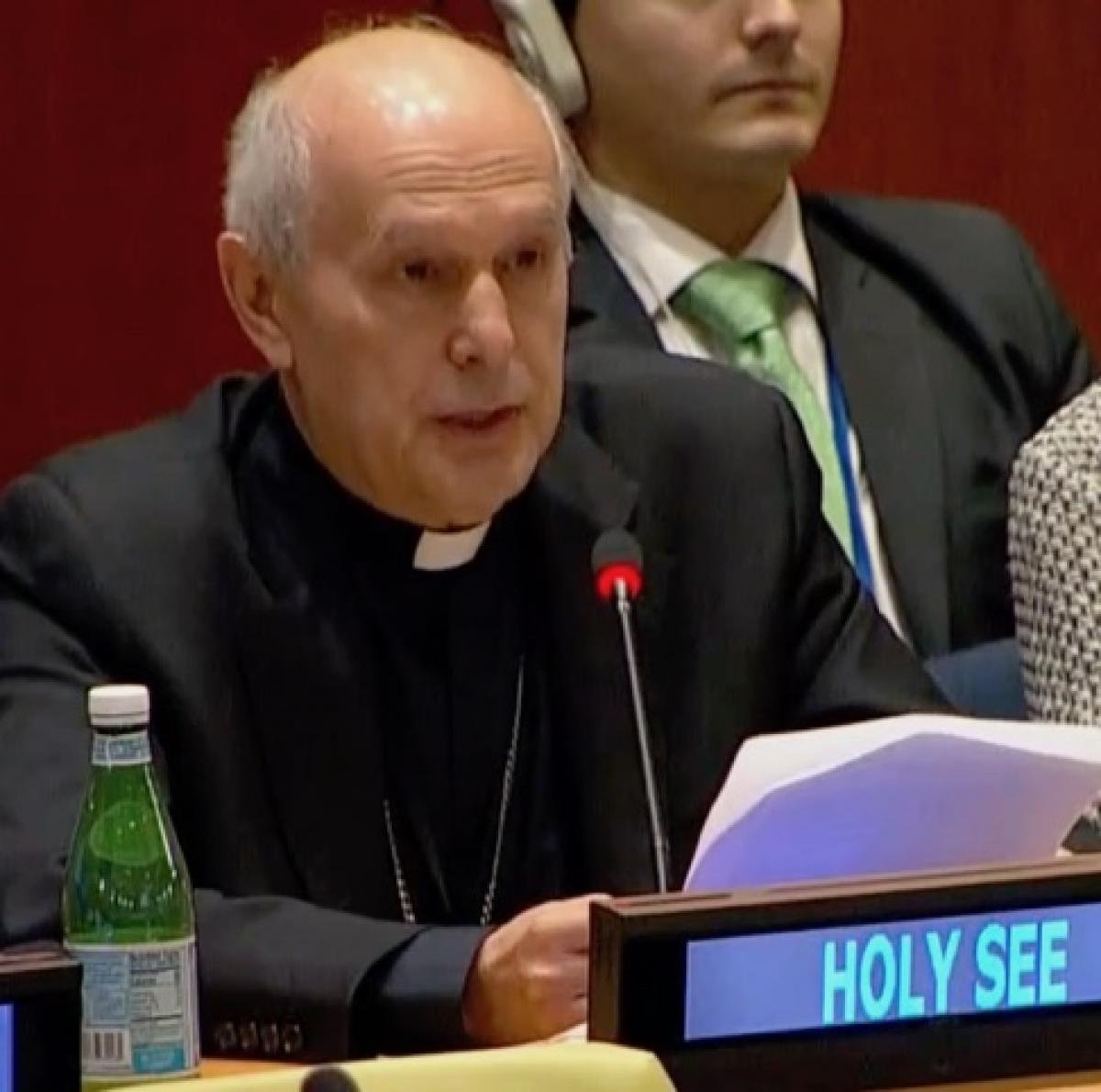