Our website is being upgraded and may show errors while we work. Please check back in a few hours.
Archbishop Caccia Speaks During Thematic Discussion on Other Disarmament Measures and International Security
By H. E. Archbishop Gabriele CacciaApostolic Nuncio and Permanent Observer of the Holy See to the United Nations

Thematic Discussion on
other disarmament measures and international security
in the First Committee of the 77th Session
of the United Nations General Assembly
New York, 24 October 2022

Pope Francis in his Encyclical letter Fratelli Tutti wrote that “the ever-increasing number of interconnections and communications in today’s world makes us powerfully aware of the unity and common destiny of the nations.”[1] This unity, however, is threatened by the growing malicious use of ICTs by both State and non-State actors. Such malicious use of ICTs stems in part from the fact that “our immense technological development has not been accompanied by a development in human responsibility, values and conscience.”[2]

In this regard, the Holy See welcomes the holding of the Open-Ended Working Group on security of and in the use of information and communications technologies (OEWG) which provides an apt opportunity to correct this imbalance. My delegation has followed these meetings with great interest and going forward will continue to actively engage in its deliberations.

The network of interconnected systems which makes up cyberspace constitutes a shared environment, the maintenance of which requires all of us to shift from a paradigm of competition to one of cooperation. Undertaking such a shift calls for a set of common principles. With this in mind, please allow my delegation to share a few considerations.

First, States’ behavior in cyberspace must respect the inherent dignity found in each human person. To this end, States must promote and protect every individual’s freedom of expression online. Such freedom, essential for one’s own search for truth, has also limits, being bound by the moral order and common interest.[3]Upholding human dignity in cyberspace obliges States to also respect the right to privacy, by shielding citizens from intrusive surveillance and allowing them to safeguard their personal information from unauthorized access.

Second, States must ensure that those finding themselves in the most vulnerable situations are protected from harm. This means not only protecting one’s own critical infrastructure, such as hospitals, water supply systems, power plants and facilities that contain dangerous forces, but also refraining from any activity that intentionally damages another State’s critical infrastructure.

Third, States must be guided by justice in their actions in cyberspace. This requires that States in a position to do so effectively contribute to efforts to bridge the digital divide. Such a divide not only leads to uneven patterns of human development, but also creates cyber vulnerabilities that threaten all countries. To address these vulnerabilities, the Holy See encourages capacity-building efforts to benefit those States which do not have an equal shared in the fruits of the digital revolution. Such capacity-building should remain politically neutral and without conditions.

“Humanity has entered a new era in which our technical prowess has brought us to a crossroads,” [4] which offers us both great promise and risk. Ensuring that new advances in the field of ICTs contribute to integral human development requires us to continually evaluate how new tools can be applied in manner that upholds human dignity. It is the hope of my delegation that this effort, as well as the Open-Ended Working Group’s further elaboration of responsible State behavior, can enable us “to rejoice in these advances and to be excited by the immense possibilities which they continue to open up before us.”[5] 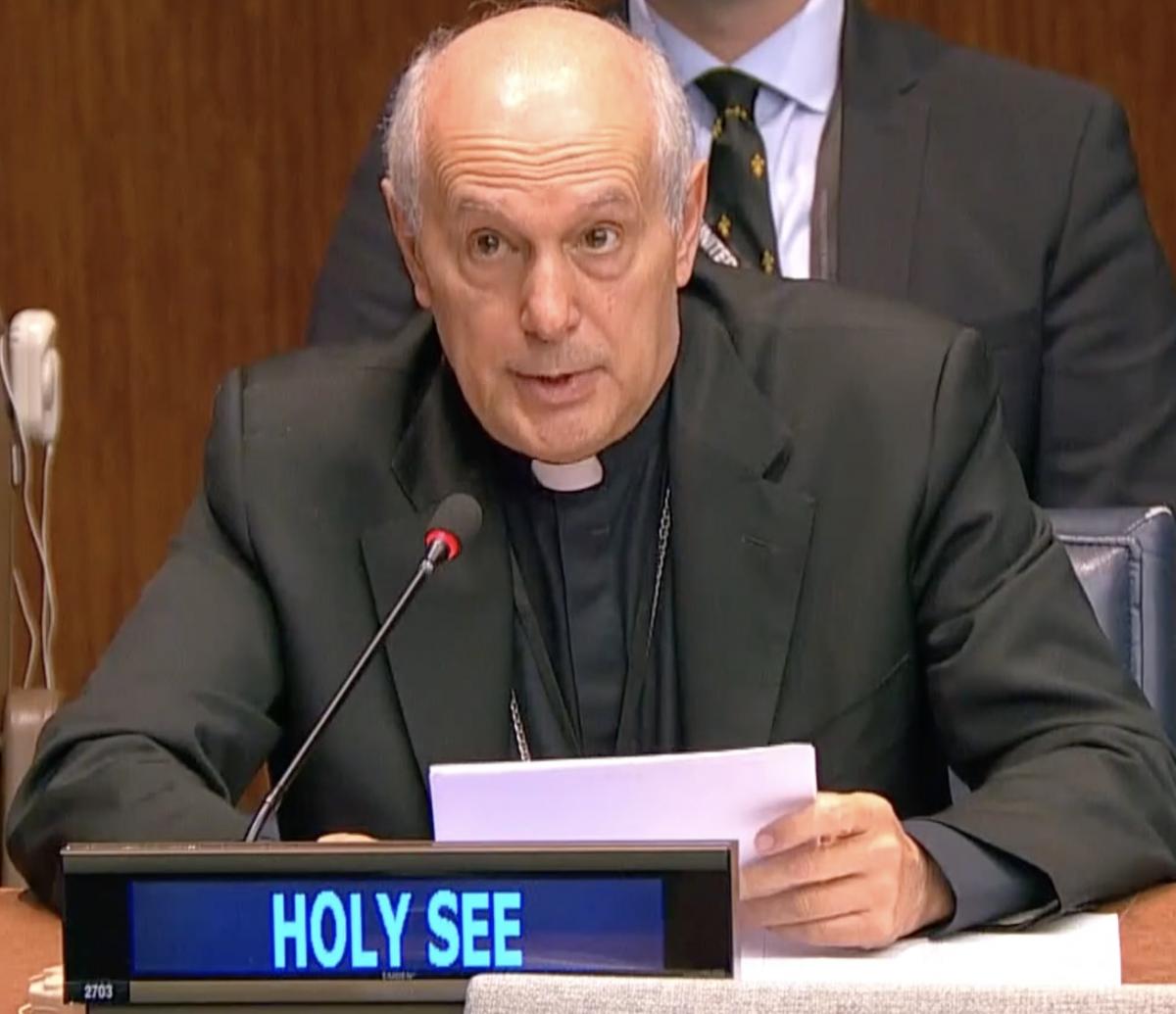