Our website is being upgraded and may show errors while we work. Please check back in a few hours.
Archbishop Caccia Addresses Conventional Weapons During Thematic Discussion
By H. E. Archbishop Gabriele Giordano CacciaApostolic Nuncio and Permanent Observer of the Holy See to the United Nations

Statement of the Holy See
at the Thematic Discussion on Conventional Weapons
in the First Committee of the 77th Session
of the United Nations General Assembly
New York, 24 October 2022

The Holy See would like to reiterate its support for multilateral efforts to strengthen and fully implement the Program of Action to Prevent, Combat and Eradicate the Illicit Trade in Small Arms and Light Weapons (SALW) and the International Tracing Instrument (ITI), which are important means to seriously impede the nefarious effects of the uncontrolled spread of illegal arms. SALW may be the s0-called weapons of limited destruction, however, they claim yearly hundreds of thousands of lives around the globe and their horrendous impact is widespread and devastating for humanity.

There is a deep connection between the illicit traffic in weapons and violence. In the hands of terrorists, organized crime, gangs and groups that traffic in human beings, narcotics and protected wildlife, the illegal weapons trade undergirds and, in many cases, enables malicious actions to take root potentially everywhere.

There is also a deep connection between the eradication of this appalling spread and integral human development and peace. Already in 1967, Pope Paul VI declared that development is the new name for peace.[1] We cannot help but note that the words of Pope Paul VI are somehow echoed in the 2030 Agenda for Sustainable Development: “There can be no sustainable development without peace and no peace without sustainable development.”[2] The Sustainable Development Goals (SDGs) rightly recognize this, with Target 16.4 aiming to “significantly reduce illicit financial and arms flows by 2030.”[3] In this regard, the Holy See  is confident that the Program of Action truly can “enhance the respect for life and the dignity of the human person through the promotion of a culture of peace.”[4]

The Holy See, conscious that today greater international cooperation is required, welcomes the achievement of a consensual outcome document by the Eighth Biennial Meeting of States on the Programme of Action on Small Arms and Light Weapons (BMS8) last summer in New York, including its references to strengthening cooperation and coordination at the sub-regional, regional and cross-regional levels, the promotion of information sharing and the reinforcement of national control mechanisms and looks forward to the PoA and ITI Review Conference in 2024.

Regrettably, as the Secretary-General has noted: “Efforts by the United Nations to address the problems posed by illicit small arms have been fragmented and limited.”[5] More needs to be done. Shamefully, there are those who accumulate great wealth through trafficking in the instruments of death. On the other hand, each country has to face the challenge of the “demand” side of the equation. In these perspectives, the duty to confront the problem of illicit trafficking in small arms and light weapons should be a concern for the entire international community. For this reason, as Pope Francis repeatedly affirmed, it is important to eliminate violence at its root and promote a culture of peace which protects the most precious gift of all: human life.

Allow me to conclude by reiterating the words of Pope Francis: “Why are deadly weapons being sold to those who plan to inflict untold suffering on individuals and society? Sadly, the answer, as we all know, is simply for money: money that is drenched in blood, often innocent blood.”[6] Let us together, as the international community, overcome economic and political interests and put human life as an overarching priority.

[6] Pope Francis, Address to the Joint Session of the United States Congress, 24 September 2015. 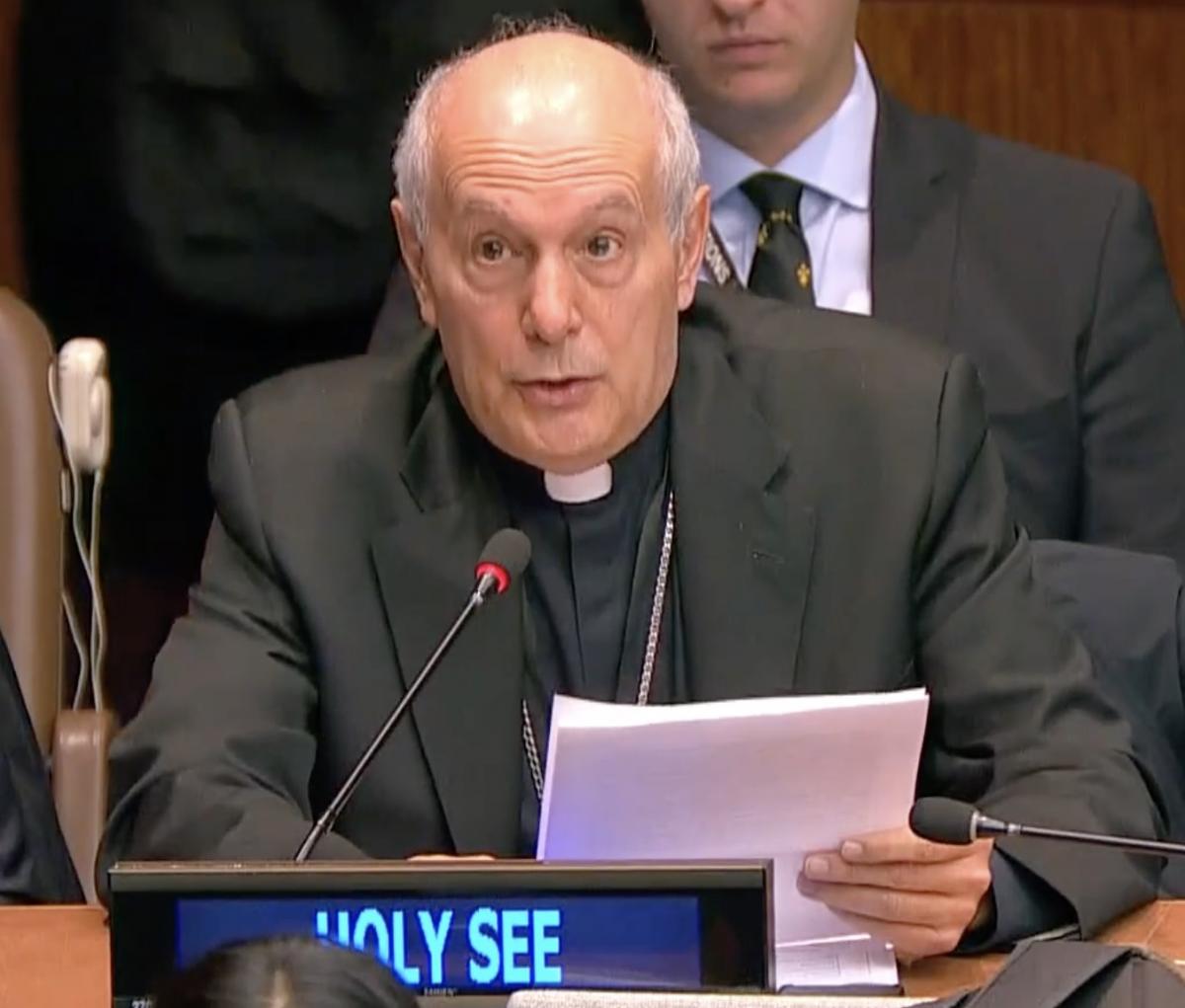