Our website is being upgraded and may show errors while we work. Please check back in a few hours.
Archbishop Caccia on Implementation of Human Rights Instruments
By H. E. Archbishop CacciaApostolic Nuncio and Permanent Observer of the Holy See to the United Nations

In these last decades, significant progress has been made in the promotion and protection of human rights, and much of this is owed to the implementation by State parties of human rights instruments. Yet challenges remain, and achievements are not set in stone. Ensuring full respect for human rights requires a return to foundational principles.

The Universal Declaration of Human Rights (UDHR) has as its cardinal principle that “all human beings are born free and equal in dignity and rights,”[1] and this must be the starting point of all efforts to promote and protect human rights. People around the globe may have different abilities and resources, but all are equal in dignity and value. Whenever this is not recognized, human rights and human freedoms are easily undermined and ignored.

Dignity is inherent in the very nature of the human person and can never be considered a concession from the State or from any other actor. It is not a subjective value, and is never contingent on one’s status, power, or connections. Nowhere is this more apparent than in violations of the right to life, particularly of the unborn, the sick, those with disabilities, and the elderly. Proper implementation of human rights instruments, demands the constant reaffirmation that, as is affirmed in those instruments, human rights derive from the inherent dignity of the human person.

Our common humanity and dignity also reflect another essential element for achieving the implementation of human rights instruments: solidarity. Human rights belong to individual persons, which in turn belong to the human family. This relational aspect of human nature is a source of duties that each of us shares towards each other.

In this regard, freedom and solidarity should both be emphasized as necessary for human wellbeing. To view them as competing rather than complementary values weakens both. Solidarity at the expense of freedom risks subsuming the individual into group identities without regard for his or her individual good. Freedom detached from solidarity leads to a false understanding of rights as ends rather than as a means essential to guarantee the conditions necessary for human flourishing. It also leads to self-referential and alienating behavior that fragments community life and intergenerational solidarity.

Human rights must be understood as indivisible and interrelated as well as at the service of the common good. Attempts to promote novel, controversial concepts as human rights which do not enjoy agreement and which, as Pope Francis has noted, include “matters that by their divisive nature do not strictly belong to the aims of the organization” must be avoided.[2] These efforts, including some taken within the United Nations system and the treaty bodies, constitute what Pope Francis has often termed as ideological colonization. Similarly, that some so-called rights are promoted as if they are legitimate obligations offers a convenient scapegoat to those who also deny established human rights obligations.

Both the community of nations and single States, should therefore avoid prioritizing or politicizing rights or asserting as rights ideas which lack a foundation in treaty or custom. Rather, we should focus our efforts on ensuring that people can enjoy clearly established human rights and fundamental freedoms. I thank you. 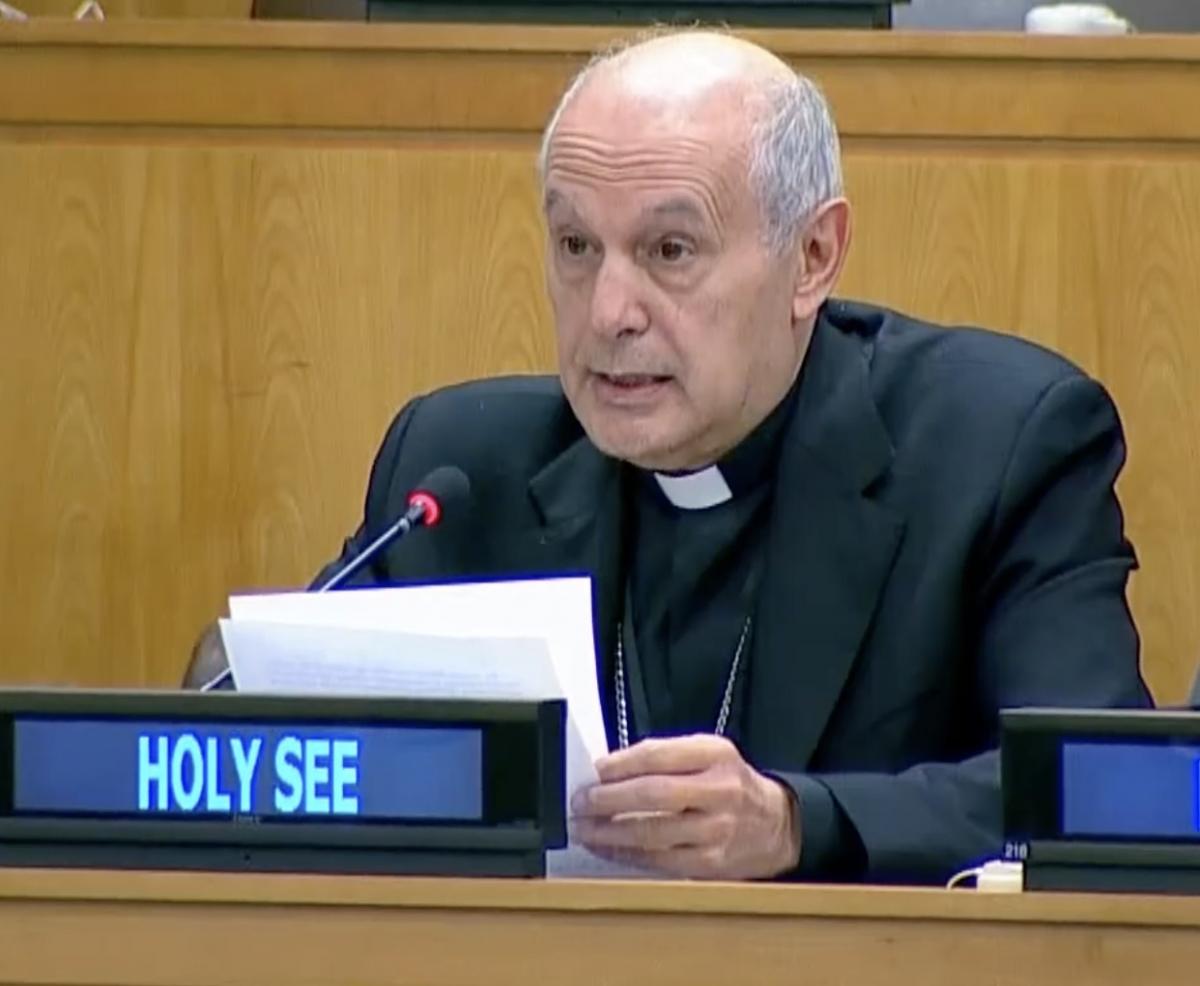