Our website is being upgraded and may show errors while we work. Please check back in a few hours.
Archbishop Caccia Speaks During Thematic Discussion of Nuclear Weapons
By H. E. Archbishop Gabriele CacciaApostolic Nuncio and Permanent Observer of the Holy See to the United Nations

Statement of the Holy See at the Thematic Discussion on Nuclear Weapons
in the First Committee of the 77th Session
of the United Nations General Assembly
New York, 18 October 2022

This Delegation is glad to join the discussion on the urgent need to advance progress on nuclear disarmament at a time when the risk of nuclear war is at the highest point in generations.

Regrettably, we have been moving in the wrong direction. Important disarmament and transparency treaties have been discarded and the disarmament machinery remains deadlocked, with no progress made toward a treaty banning the production of fissile material. In addition, the Comprehensive Nuclear-Test-Ban Treaty (CTBT) is in a state of legal limbo despite further ratifications. On top of this, States that possess nuclear weapons are expanding and modernizing arsenals, squandering resources that could address the world’s hunger crisis, while contributing to advance integral human development.

The Holy See condemns any rhetoric which irresponsibly portends nuclear escalation that would have devastating effects for all humanity and not only the States directly involved in the conflict. To avoid nuclear war, the Holy See calls on all States that possess nuclear weapons to take immediate steps to reduce the operational readiness of their nuclear forces, adopt no-first-use policies and long-term policies which establish a global ceiling on nuclear stockpiles, from which reductions can be made.

In light of recent developments, it is unsurprising, though regrettable, that the 10th Review Conference of the Nuclear Non-Proliferation Treaty (NPT) failed to reach consensus. This is another sign that some States seem to be “disconnected from the collective security and peace of others.”[1] To ensure that peace is just and lasting, we must all recognize its indivisible nature.

At the same time, the entering into force of the Treaty on the Prohibition of Nuclear Weapons (TPNW) is more than welcome progress in this regard. In it, States Parties, while committing to the ban on possessing nuclear weapons, recognize that nuclear weapons are not guarantors of security, but instruments that serve “a mentality of fear”[2] with the potential to harm indiscriminately, whether detonated purposefully or inadvertently.

Conscious of this, the Holy See renews its concern regarding the “catastrophic humanitarian and environmental effects”[3] of nuclear weapons. Such effects are not abstract or theoretical. The atomic bombings of Hiroshima and Nagasaki, along with the over 2,000 tests conducted worldwide, have shown us the very real harms inflicted by nuclear weapons, including: death, radiation sickness, birth defects, and cancer, while rendering certain environments uninhabitable. Indeed, working toward the total elimination of nuclear weapons means also that those responsible must redress these harms.

In this regard, the TPNW offers a pathway for redress through its provisions on victims assistance and environmental remediation. In fact, the Vienna Action Plan, adopted during the First Meeting of TPNW States Parties, calls for States to discuss “the feasibility of, and propose possible guidelines for, establishing an international trust fund for States that have been affected by the use or testing of nuclear weapons.”[4] Should such a fund be established, it is important that States—including those not party to the TPNW—be invited to contribute funds, share expertise, and exchange information on their provision of assistance to those affected by nuclear weapons. Allowing for the broadest possible participation could help build bridges between TPNW-supporting States and those who are not yet party, while also facilitating the largest possible pool of resources for fulfilling the treaty’s positive obligations.

At a time of heightened tensions, it is imperative to strengthen the global nuclear disarmament and non-proliferation architecture, towards the verified, irreversible dismantlement of all nuclear warheads. The Holy See commends efforts aimed at fostering cooperation in nuclear disarmament verification, which will not only create a culture of trust, but also provide us with much-needed hope that a world free of nuclear weapons is possible. Indeed, such a world is not only possible but necessary for safeguarding the future of humanity and our common home.

[1] Pope Francis, Message to His Excellency Ambassador Alexander Kmentt, President of the First Meeting of States Parties to the Treaty on the Prohibition of Nuclear Weapons, 21 June 2022.

[2] Pope Francis, Address to Participants in the International Symposium “Prospects for a World Free of Nuclear Weapons and For Integral Disarmament”, 10 November 2017.

[4] First Meeting of States Parties to the Treaty on the Prohibition of Nuclear Weapons, Draft Vienna Action Plan, TPNW/MSP/2022/CRP.7, 22 June 2022. 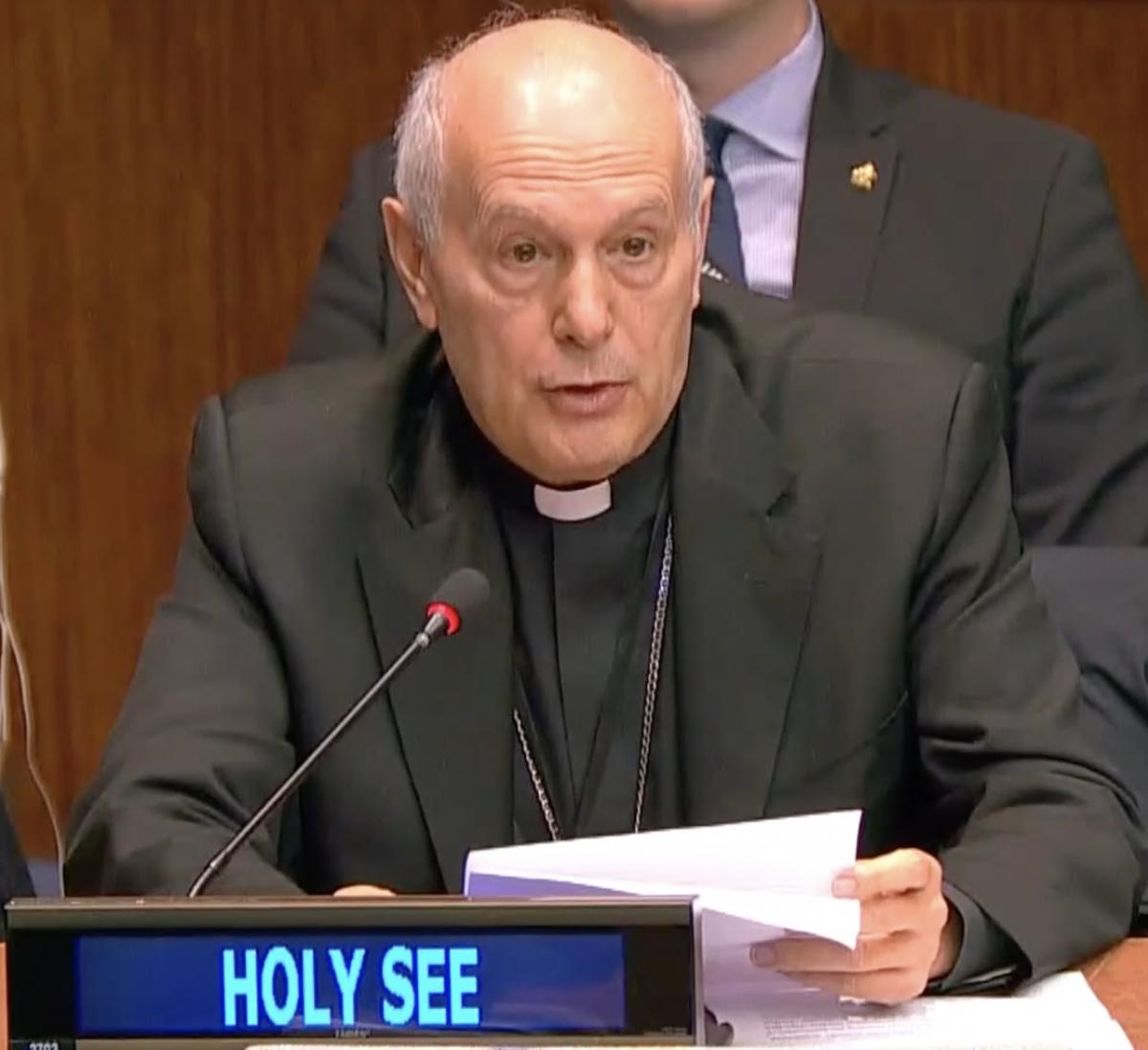