Our website is being upgraded and may show errors while we work. Please check back in a few hours.
Archbishop Caccia Addresses the Rights of Indigenous People
By H. E. Archbishop Gabriele CacciaApostolic Nuncio and Permanent Observer of the Holy See to the United Nations

This year marks the 15th anniversary of the adoption of the UN Declaration on the Rights of Indigenous Peoples. While the Declaration establishes a set of minimum standards for the survival, dignity, and well-being of indigenous people, the recent Report of the Special Rapporteur on the rights of indigenous people has shown that there is still much to be done.[1] In particular, many of their rights are too often neglected, if not outright dismissed. In addition, they suffer the impact of climate change and environmental degradation in a disproportionate manner and are often victims of greedy, short-sighted policies and unlawful practices that can result in the dispossession of lands, territories, and resources.

Indigenous people continue to experience an exclusionary approach to conservation that has sometimes even led to forced eviction from their lands, which is a “fundamental expression of their identity.”[2] This, in turn, can increase the risk of human rights violations such as human trafficking and forced labor, sexualexploitation, and other forms of subjection and poverty.[3] Moreover, if not properly monitored, dispossession of lands for conservation purposes may result in unlawful and immoral extractive activities that further undermine the environment. To this end, it is necessary to recognize indigenous people as rights-holders in conservation efforts by involving them, as appropriate, in decision-making processes.

Additionally, in discussing the post-2020 global biodiversity framework it is not enough to agree to increase the surface area of protected lands if this is detrimental to indigenous populations. Rather, the real drivers of biodiversity loss must be tackled. Moreover, if lands inhabited by indigenous people are to be listed as protected, respect of the principle of free, prior and informed consent must be ensured.

Furthermore, indigenous people should be involved, as appropriate, in discussions and decision-making on themes that directly involve them. For example, the UN Voluntary Fund for Indigenous Peoples should ensure indigenous peoples’ voices are properly represented in relevant UN processes.

It is essential to show special care for indigenous people and to engage them in dialogue, “especially when large projects affecting their land are proposed. For them, land is not a commodity but rather a gift from God and from their ancestors who rest there, a sacred space with which they need to interact if they are to maintain their identity and values.”[4] Such dialogue, ensuring the full respect of their rights and fundamental freedoms, is essential to promote a culture of encounter against “a completely enclosed, a-historic, static ‘indigenism’ that would reject any kind of blending.”[5]

In conclusion, as Pope Francis said, “The Holy See and the local Catholic communities are concretely committed to promoting the indigenous cultures through specific and appropriate forms of spiritual accompaniment that include attention to their cultural traditions, customs, languages and educational processes, in the spirit of the United Nations Declaration on the Rights of Indigenous Peoples.”[6]

[1] Cfr. A/77/238, Report of the Special Rapporteur on the Rights of Indigenous People.

[3] Cfr. A/77/238, Report of the Special Rapporteur on the Rights of Indigenous People. 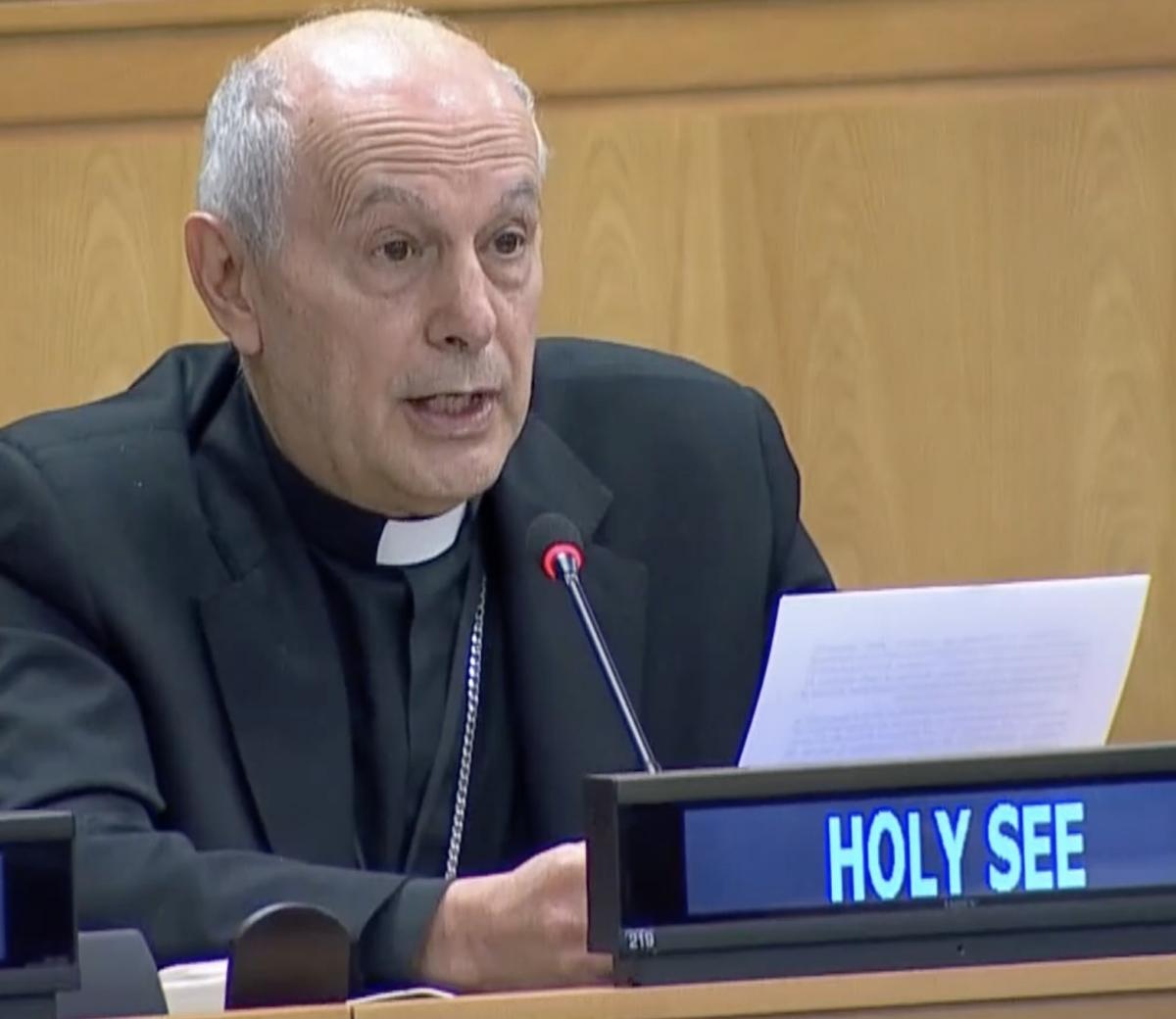